Second position for Mackenzie at Oulton Park in tricky conditions.

Taylor Mackenzie consolidated his second position in the Pirelli National Superstock 1000 Championship after todays race in tricky conditions. The 14 lap race was declared wet after overnight rain and a downpour in the morning. Mackenzie made good use of his front row start to get away with the leaders, and after taking the lead on the final corner of the last lap, he had to settle for second place after being just beaten to the line.

Michael Rutter was very happy with the changes made to his bike overnight, and made a great start from 17th on the grid to be inside the top ten before a competitors bike blew up in front of him and covered his visor in engine oil. With reduced visibility, Rutter elected to retire from the race.

Rutter (DNF): “The bike felt like mine again after the team made some more adjustments to it following the complete rebuild overnight on Saturday night. I was really enjoying riding it again, and moving up the order, then when I lost visibility I decided the safest thing to do would be to retire from the race. It’s a shame, as I feel a top ten was defiantly a possibility. Now my focus is on the Northwest 200 and Isle of Man TT races”.

Mackenzie (P2): “I’m happy and sad about todays result. I’m happy that I tried my best, but obviously a bit sad that my pass for the win on the last corner on the last lap didn’t stick to the line. I tried my best though, and the bike felt great in the wet. At the start I was trying to save my tyre because it was quite dry, but when it started raining again, I was able to push harder, and have a go at winning the race”. 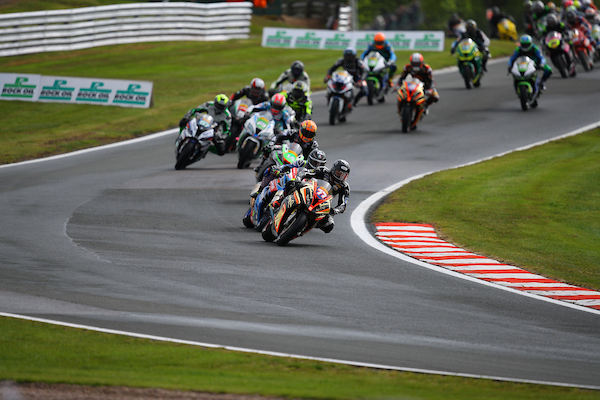