After qualifying in second position, Taylor Mackenzie won his third race in the last four outings to maintain the pressure on his main rival for the 2019 Pirelli National Superstock 1000cc Championship.With lots of racing still to go before the season concludes at Brands Hatch in October, Mackenzie’s recent winning form is the consequence of continued hard work by by him and everyone in the team, as well as Bathams Racing’s suspension supplier; K-Tech.  Mackenzie took the lead on the second lap, and set a relentless pace constantly throughout the 14 lap race at or just under the lap record, which proved too much for his pursuers. He was not challenged for the lead once. It was a dominant display of consistency and pace at his second “home” race in the calendar on a perfect summers afternoon at the Great British WSB round.  Mackenzie (P1 – Championship P2 ): “It goes without saying that I’m delighted with the result today, and that it keeps the pressure on Richard (Cooper) in the fight for the title. But I’m also just as over the moon with the way the bike is at the moment. Alec and Graham spent hours this weekend going though every single aspect of the bikes set up to give me the most incredible bike to race today. It was simply a joy to ride, it was the best it has been all season, and it’s been brilliant all season. I think todays race was one of the best races I’ve ever done.”Michael Rutter: “There’s a long way to go in the championship yet, but Taylors run of form and the way the bike is right now, is very encouraging. I do believe that we are at the very limit of what the bike can do, and Taylors lap times are as well as simply stunning, proof that we are extracting every last possible tenth of a second out of it. Taylor lapped Donington Park the fastest he has ever done, and he’s done a lot of laps there, so I’m proud for the team and all our sponsors that his personal best lap time there is on our bike.I got the feeling this weekend, that Alec and Graham would prefer it if I was riding again, I don’t know why. I thought I was being a big help in the garage for them, but they seem very keen for me to get back in the saddle, so let’s see what happens at Snetterton.” 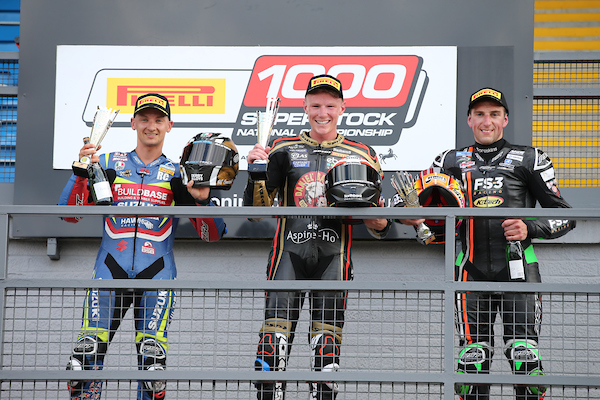