It was a story of the highs and lows of racing for Bathams Racing’s visit to Knockhill for the second round of the National Superstock 1000 Championship.

Round 2 was a double header for the championship, and on “home” soil for Taylor Mackenzie being north of the border as he looked to build on the early success from round 1 at Oulton Park.

Following a good qualifying session to claim a front row start for the race, Mackenzie eventually took the lead after losing a couple of places at the start and dominated the final stages to take his second victory of the season by 2.8 seconds.

In the second race, Mackenzie crashed while leading and pushing to build a gap to register his first DNF of the season. While disappointing, there are still reasons to be cheerful – Mackenzie is only 6 points behind the championship lead despite the crash, the Bathams BMW M1000RR lapped at close to lap record pace on only it’s second outing and the team continue to learn more about the bikes systems.

Mackenzie – Race 1: P1/Race 2: DNF – Championship P2 “Not gonna lie, the crash in race 2 was obviously not the plan, I was pushing really hard to gap the pack and just got caught out. Otherwise it was pretty much the perfect weekend, front row start, fastest lap and the win in race one and Pole Position for race 2. The racing was mega, and there’s no major damage to the bike or me, so we’ll be back at Brands Hatch for round three for more of the racing but less of the crashing!!”

Rutter – DNS: “I was watching the race on a big screen in the garage and Taylor was riding perfectly until he made a tiny mistake. I was gutted for him as the penalty didn’t fit his crime.

Speaking of penalties, It’s a long drive home from Knockhill at the best of times, especially after watching England get beaten in the Euro 2020 final“. 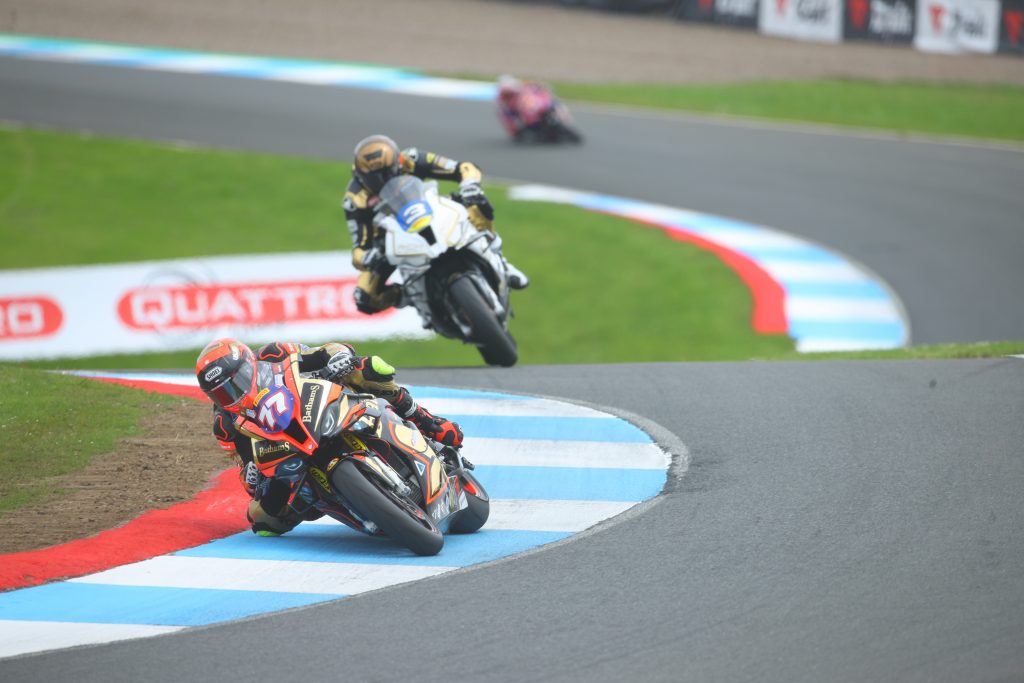